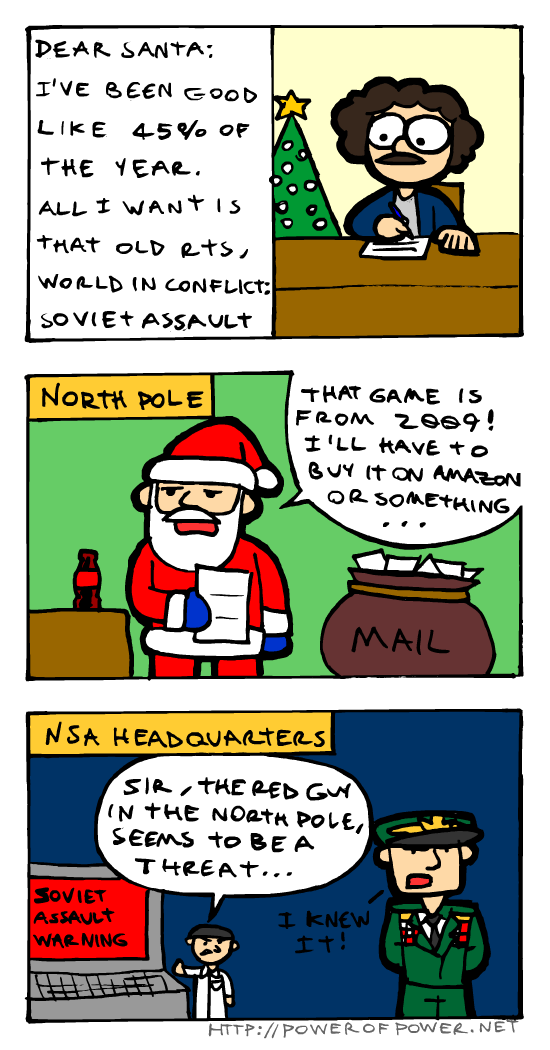 supercerealoso: Happy Xmas...
edit delete reply
Ho ho ho
Posted: 15th Dec 2013, 1:35 PM
Keywords: santa, claus, xmas, chrstmas, red, comie, communist, nsa, communism, dear santa, card, wolrd in conflict, soviet, soviet assault
Transcript:
Dear Santa:
I've been good like 45% of the year. All I want is that old RTS, World in Conflict: Soviet Assault
North Pole
That game is from 2009! I'll have to buy it on Amazon or something...
NSA Headquarters
Sir, the red guy in the North Pole, seems to be a threat...
I knew it!