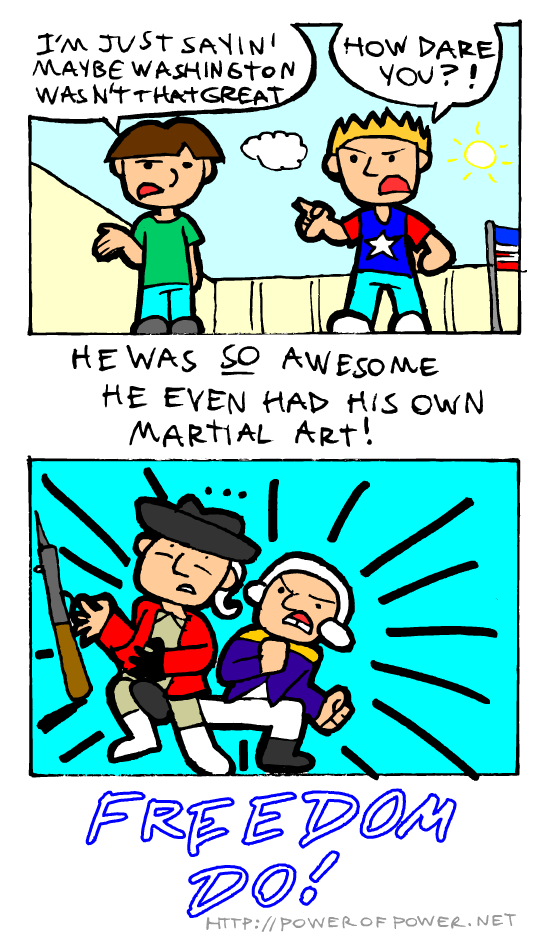 supercerealoso: Happy Fourth! (A Little Late)
edit delete reply
Like on facebook, please! :3
Posted: 8th Jul 2013, 1:11 AM
Keywords: murica, america, fourth of july, 4th, july, independence, washington, freedom
Transcript:
I'm just sayin' maybe Washington wasn't that great
How dare you?!
He was so awesome he even had his own martial art!
Freedom do!

ranger_brianna_new:
edit delete reply
I forget where, but I once heard something along these lines:

As far as military tactics go, Washington was nothing special. In fact, there were other generals who knew how the battlefield worked better than he did, on both sides.

In other words, he was a brilliant man, highly manipulative of others, and quite admirable in how he used his skills, despite his shortcomings.
Posted: 8th Jul 2013, 2:21 PM