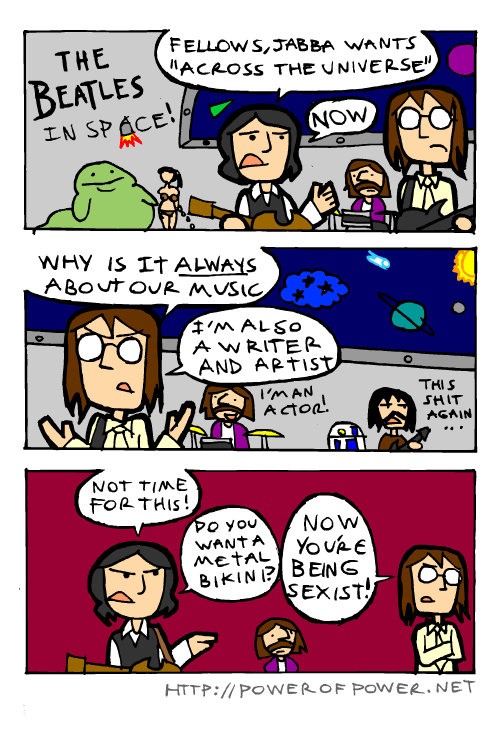 supercerealoso: The Beatles in Space
edit delete reply
Nobody listens to Ringo.
Posted: 7th Apr 2013, 12:00 AM
Keywords: beatles, paul mccartney, John Lennon, Ringo Starr, George Harrison, space, spaceship, jabba the hutt, starwars, band, Music, rock
Transcript:
The Beatles in Space
Fellows, Jabba wants "Across the Universe", now
Why is it always about our music? I'm also a writer and artist
I'm an actor!
This s**t again...
Not time for this, do you want a metal bikini?
Now you're being sexist!