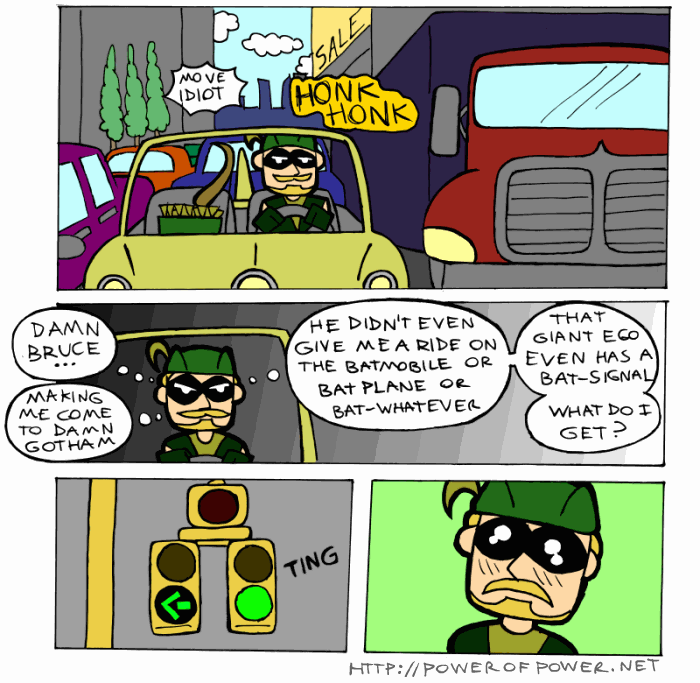 supercerealoso: Green Arrow Is Jealous of Batman
edit delete reply
I didn't know about "Arrow Car" before this.
Posted: 20th Jan 2013, 12:00 AM
Keywords: green arrow, traffic, dc comics, batman, traffic light
Transcript:
Move Idiot!
Honk honk
Damn Bruce...
Making me come to damn Gotham
He didn't even give me a ride on the Batmobile or Batplane or Bat-whatever
That giant ego even has a Bat-signal
What do I get?
*Ting*

ranger_brianna_new:
edit delete reply
REPLY
Batman letting him see the Green Arrow was clearly the plan all along. :P
Posted: 27th May 2013, 3:54 AM